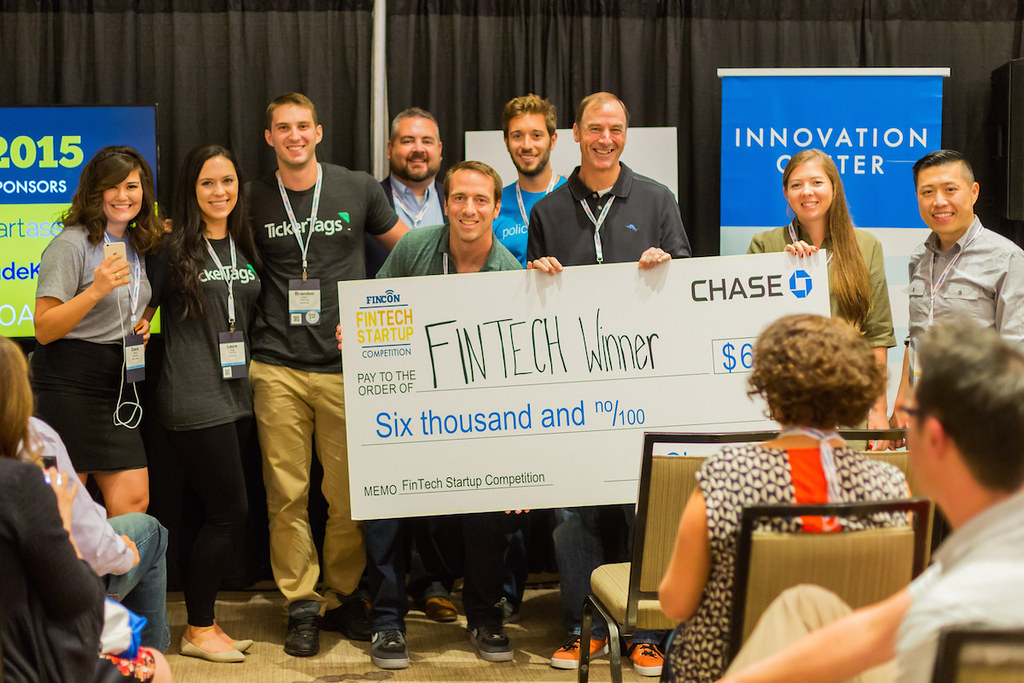 “The Case Against Savings Accounts (but Not Savings)”
April 3, 2014. Article

TIME
“How to Master the Allowance Question and Prepaid Cards in One Shot”
February 15, 2013. Article | Blog Post 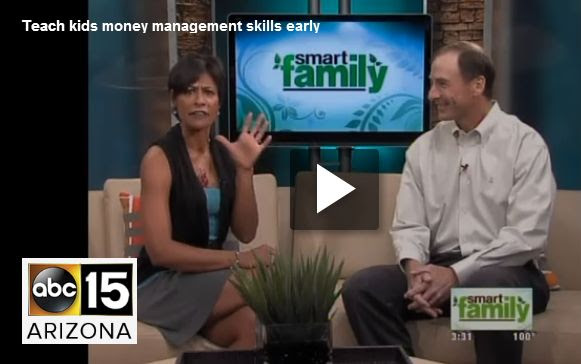 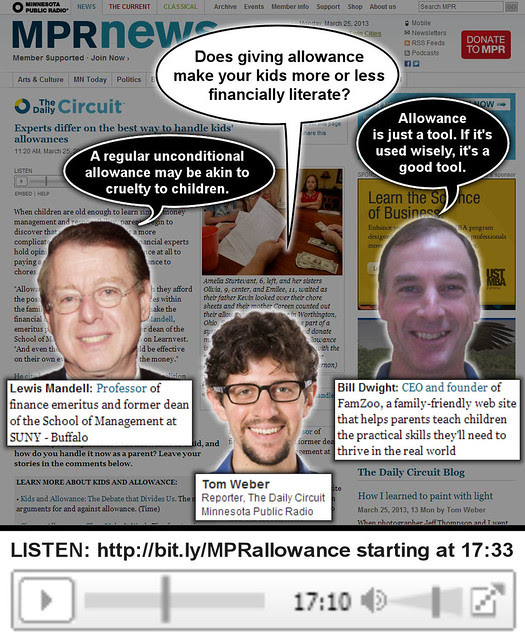 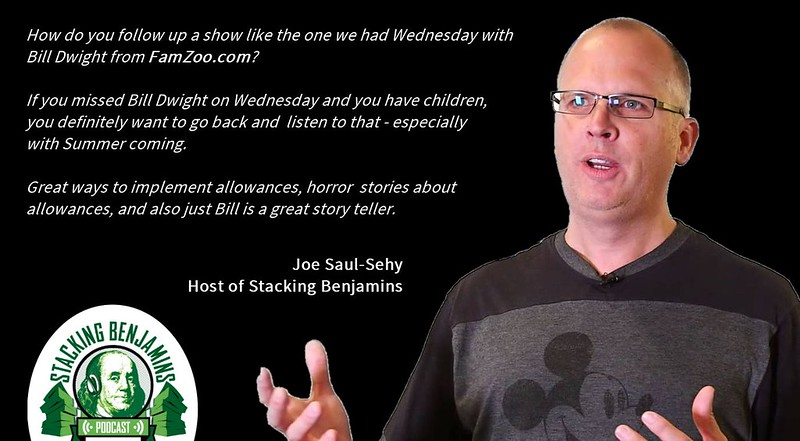 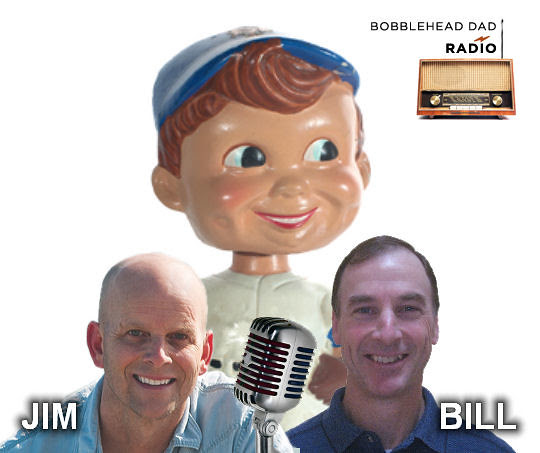 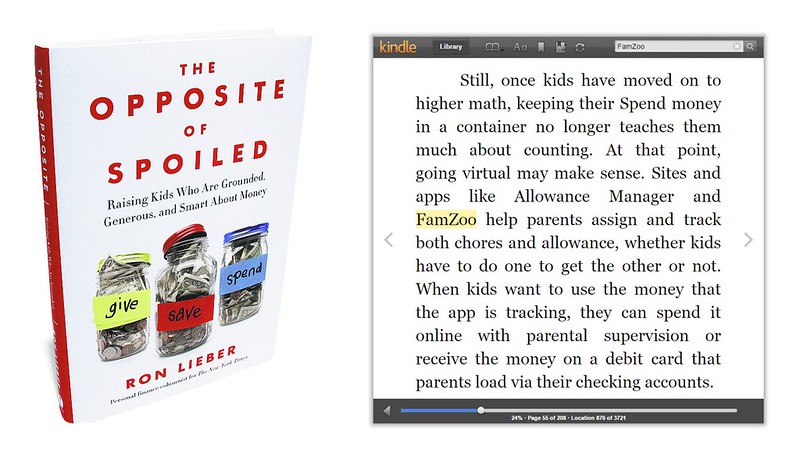 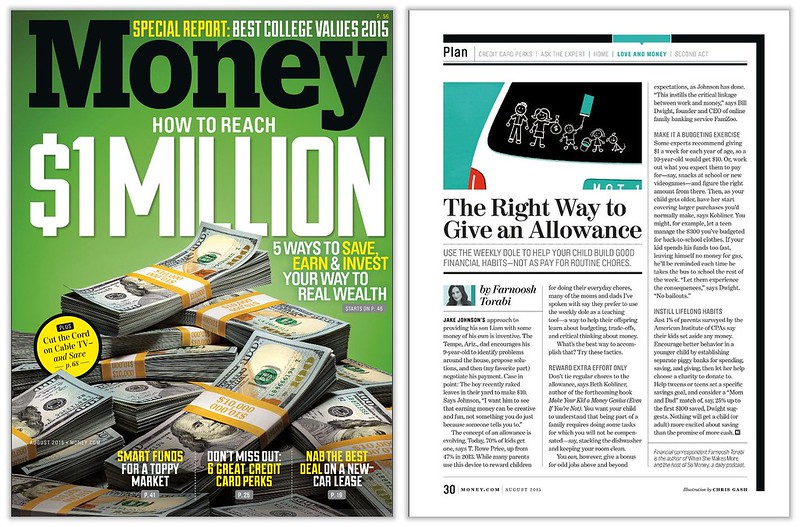 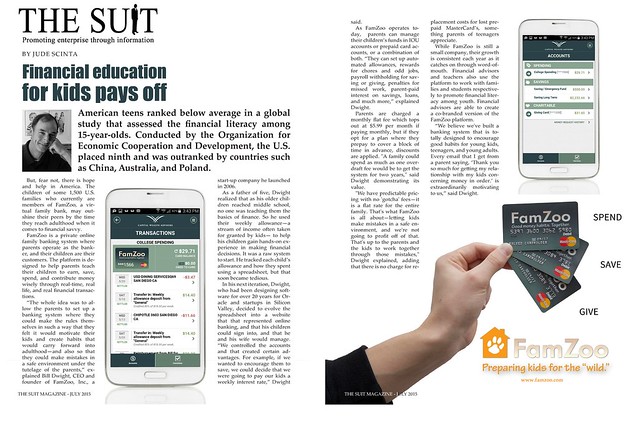 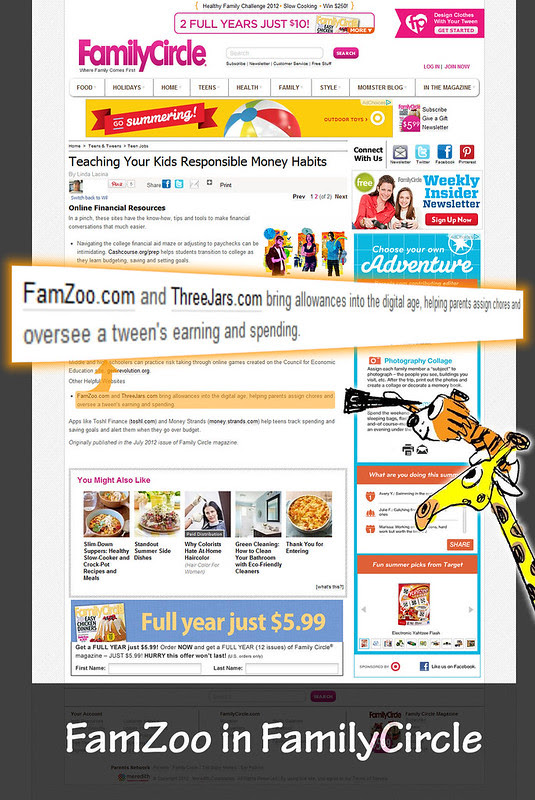 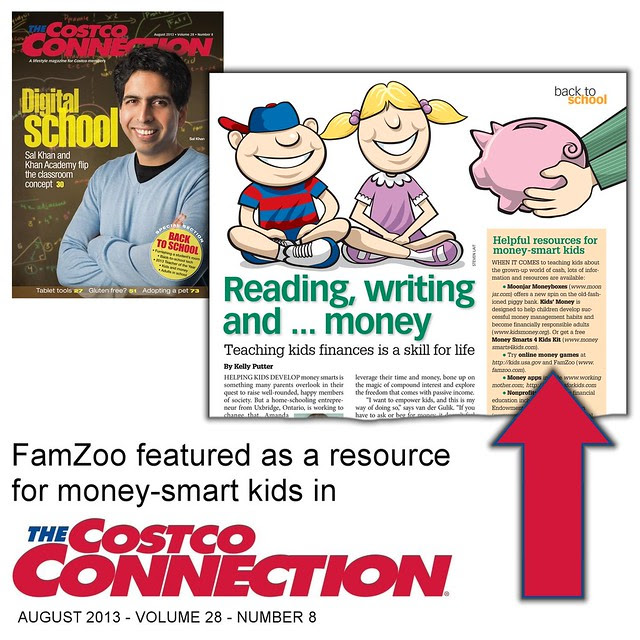 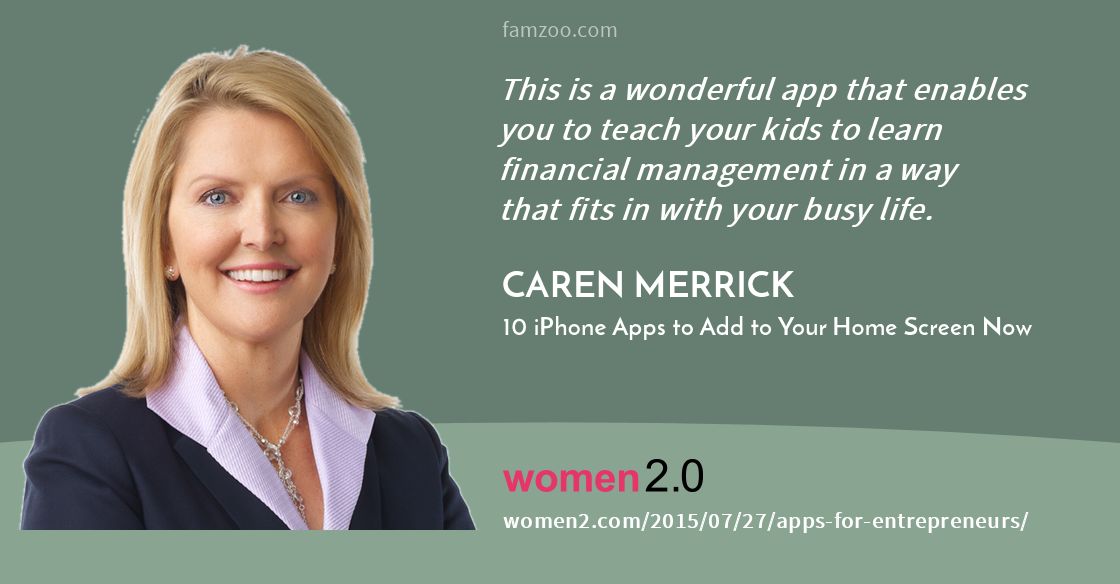 Credit Card Insiders: Kimberly Rotter
If My Parents Taught Me This As A Child, I’d Be Retired By Now
October, 2014

Twins Times Two and One More, Too!
FamZoo: The Virtual Bank that Teaches Children about Money 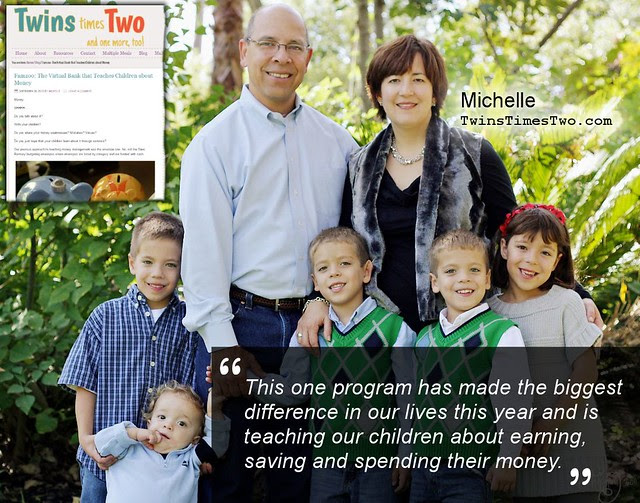 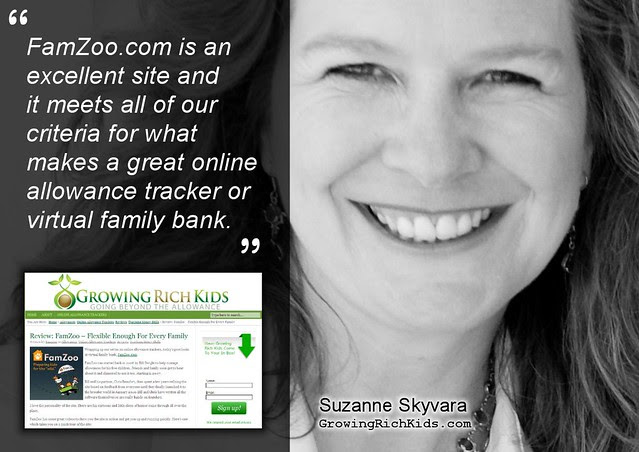 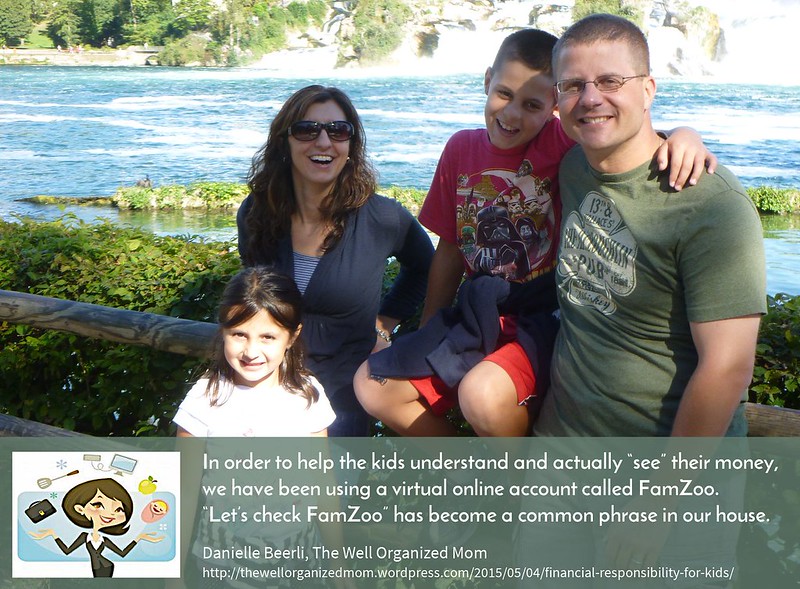 To Love, Honor and Vacuum
Planning for Poverty: Teaching Kids to Handle Money 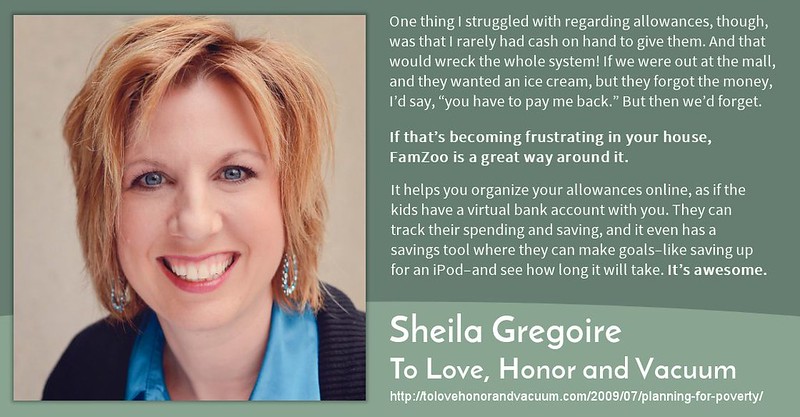 Mac Thomson, Father of 3
“FamZoo is a tool that has made my financial relationship with my kids so much easier.”
Video

Janet S., Mom to 2 boys
“Perfect for our needs, and then some! This app has completely solved the problem of tracking who did what and how much I owe who. This app is simple to use yet has some complex tracking abilities if you wish. Both of my boys, 10 and 15, love that they can see what they earned when they perform a chore, and how it adds up. I highly recommend this app!”
iTunes

Matt R., Father
“Great program!! FamZoo is much more than an app. It’s a complete program to help your kids manage finances in a logical, responsible, and fun way. I used to use a PayPal child card for all my kids, but PayPal cancelled the entire student card platform. In steps FamZoo, and it’s even better. 5 stars!!”
iTunes